At this time many of the people of the trades of London were arrayed in livery, and a good time was about to begin.

The Merchant Taylors' Company, now one of the Great Twelve, began as an association of working tailors, known originally as the Fraternity of St John the Baptist of Tailors and Linen-Armourers. This Fraternity was recognised as such formally when it received its first royal charter in 1327. It has occupied the same site on Threadneedle Street since at least 1347; the only ancient Livery Company to remain on its original site.

London by this time had become a metropolis, with over 80,000 people within its city walls. With rapid population growth came an explosion in crafts and trade, and by 1300, there were more than 180 trades recorded. The members of these crafts soon realised that they were stronger collectively than individually, forming themselves into Companies. The Companies combined the two key elements of medieval civic life: religion and business. As a collective, members could ensure high craft standards and fair prices throughout the City; they could provide care and charity for their poorer, elderly or sick members and, importantly in pre-Reformation times, prayers for one's soul after death. A crucial part of this era remains visible at the Hall in the form of the Company's hearse cloths.

As London grew, expanding through trade with Europe, so too did its reliance on these organisations.

Initially, the Tailors were neither prominent nor wealthy. Most tailors produced small garments with slim profit margins. As a result, the Tailors didn't provide any mayors until 1498, when Sir John Percyvale became the first tailor Mayor of London.

However, from the 14th-century onwards, the Company was quietly prospering. It persuaded many noblemen, some noblewomen and several Kings of England to enter its ranks as honorary freemen. These men and women were not tailors, but members of the religious fraternity, sharing in its spiritual benefits and occasionally in its ceremonies. This greatly increased the status of the Tailors' Company. By 1413 the Company was able to build almshouses for seven poor members and their wives on a site near the Hall, the earliest of such social housing in London. 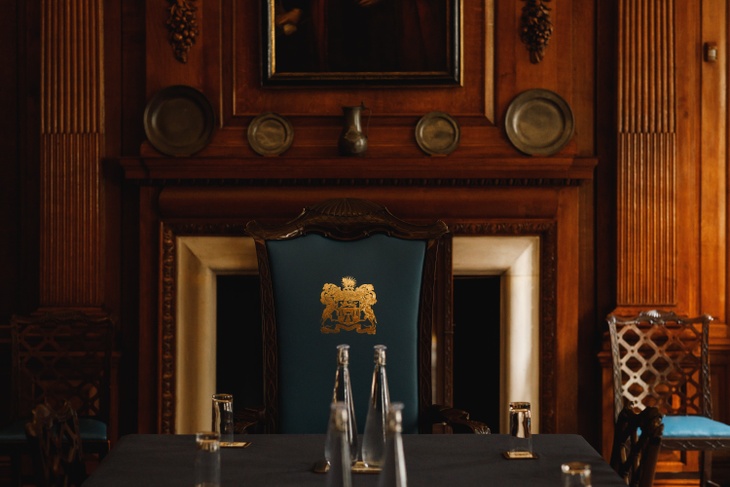 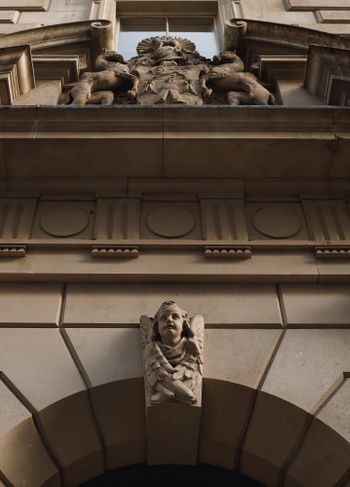 The Company's growing prosperity and status led to rivalry and increased tensions with the City's other trades. In 1484, the tensions between the Tailors and the Skinners' Company, over civic processions and ceremonies, especially regarding over the Order of Precedence and which Company preceded the other, became so fraught that Lord Mayor Robert Billesden decreed for evermore that the two companies should alternate in precedence. This decree holds true today, and it is considered to be the oldest legal judgement still operating exactly as intended. Moreover, the phrase 'at sixes and sevens' to mean in total disarray is thought to be derived from this historic argument between the Companies. 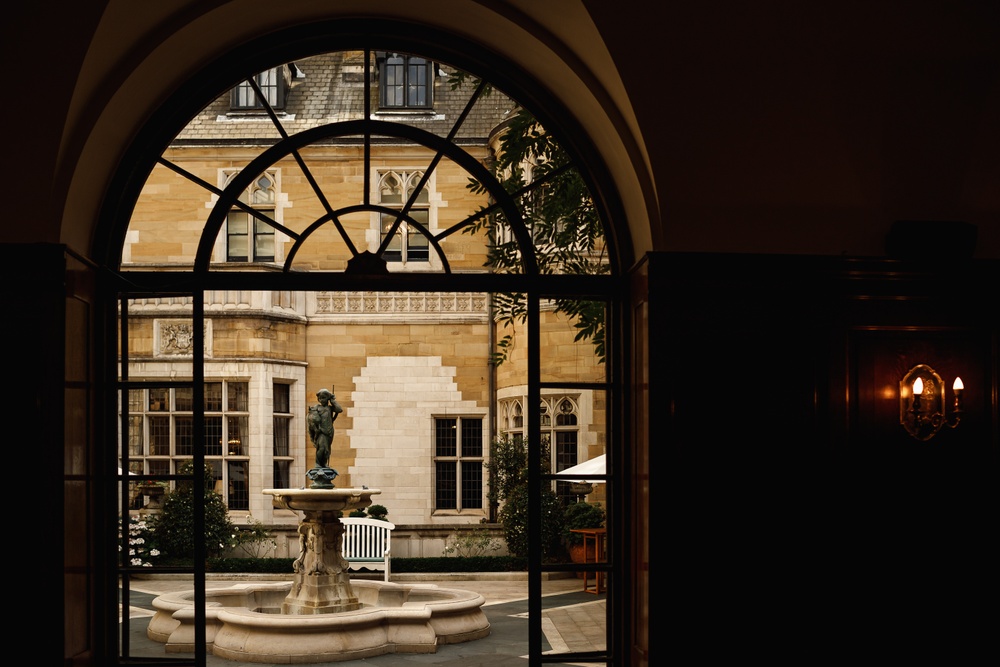 The Merchant Taylors' Company and its members occupy a unique place in the history of education, mainly because of the sheer number of foundations established in London and elsewhere from the early 15th-century by prominent Merchant Taylors such as Sir John Percyvale, Sir Thomas White and Sir William Harper, as well as by the Company itself.

The History of the Merchant Taylors' Company

The 16th century saw a Company set against a backdrop of a changing London. As the city's population grew, the Company strengthened its commitment to philanthropy, through the provision of education.

Sir John Percyvale, in 1503, was the first Merchant Taylor to found a school, at Macclesfield, his birthplace. As was common in pre-Reformation England, the school combined free education with prayers for the founder and his family. Other news schools followed, sometimes founded by a Merchant Taylor, at others the Company was appointed as perpetual trustee.

The Company has continued to play a prominent part of City life, within an ever-changing political and social landscape. While its trade supervision has long ceased, links to tailoring have been revived in recent years. Most importantly however, the Company has committed itself anew to its educational and philanthropic work. Through its family of 17 educational institutions, and its work with local charities, the Company continues to change people's lives for the better through philanthropy and education.

Further details of the Company’s history can be found in the History of the Merchant Taylors’ Company by Matthew Davies and Ann Saunders, published in 2004.