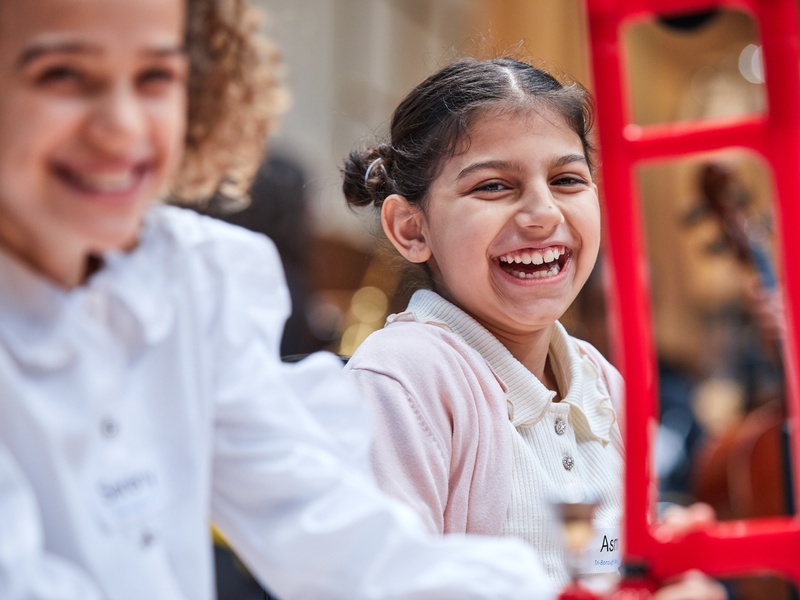 Here, we celebrate the tenth anniversary of a remarkable musical charity, whose work Merchant Taylors' supports by sponsoring music scholars. As we approach the date of their anniversary gala, Georgina Skinner, Programme Manager for London Music Fund, reflects on a decade of the charity.

Established in 2011, the London Music Fund (LMF) is an independent charity with the Mayor of London as patron. The mission is to transform under-served communities by enabling children to access high-quality music education. With a belief that every child who demonstrates significant musical ability, enthusiasm and commitment to learning an instrument should be given the opportunity to develop their potential. In February 2021, LMF were delighted to win the ‘Outstanding Musical Initiative’ award at the Music & Drama Education Awards 2021, launching their 10th anniversary.

secondary school, offering a bespoke programme of tuition. Since 2011, LMF has supported over 600 London children from low-income families (65% from Black, Asian and ethnically diverse backgrounds). Former Scholars have gone on to take part in ensembles such as the National Youth Orchestra, The London Schools Symphony Orchestra and Chineke! Juniors, and have gained places at junior and senior conservatoires.

The London Music Fund are hugely grateful to the Merchant Taylors for supporting two scholars since the charity’s inception. They are currently supporting a 12 year old trombone player from Croydon. The scholar is making excellent progress with his learning and is currently working towards his Grade 2 trombone exam. Since starting as a scholar he has taken part in a wide variety of performance and ensemble opportunities including: playing brass in Croydon’s Saturday morning band, playing percussion in his school band and he has even taken up keyboard in his (limited!) spare time. Croydon Music Service, who manages the young scholar's musical provision, told the London Music Fund that thanks to the support provided by the Scholarship he is thriving and the impact on his development is huge.

Since 2011 the London Music Fund has: 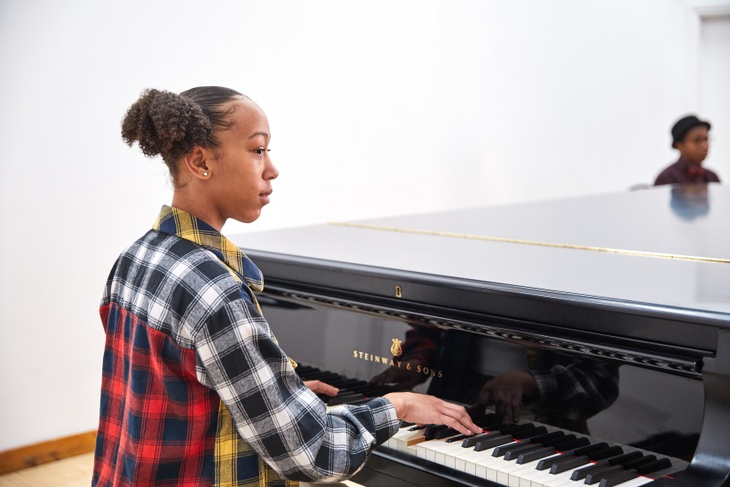 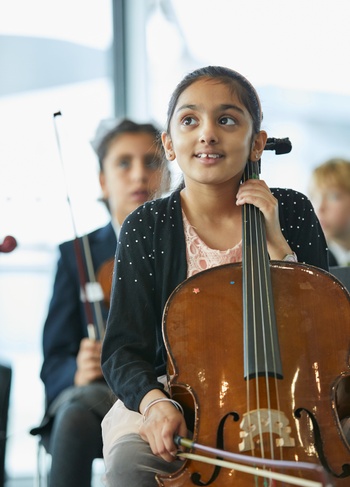 On Wednesday 23 February 2022 at the Queen Elizabeth Hall, the London Music Fund will host a spectacular showcase of young musicians supported by their award-winning charity over the last decade. Sponsored by Allianz Global Investors and Classic FM, the concert will feature scholars past and present; and a variety of musical projects supported by the charity. The programme will also include a performance of ‘A Celebration’ by Oscar-winning composer, Rachel Portman OBE, originally commissioned by the charity for the Queen's Diamond Jubilee River Pageant. Hosted by LMF Ambassador, saxophonist and broadcaster YolanDa Brown this is a not-to-be-missed celebration of young talent.

The London Music Fund will be welcoming back a number of alumni from their scholarship programme. Many of these brilliant young musicians have gone on to do excellent things with their music. Below is a quote from one of the young musicians taking part:

I got so much out of the scholarship; I wouldn’t be where I am today without it. The opportunities I had gave me confidence and allowed me to improve, from learning and playing with others. Being a London Music Fund Scholar gave me a hunger for learning music as I was offered so many opportunities and was helped by so many mentors around me. It instilled in me a love for music which I carry with me to this day, and always will. 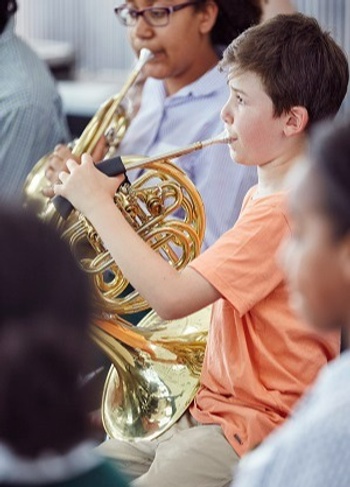 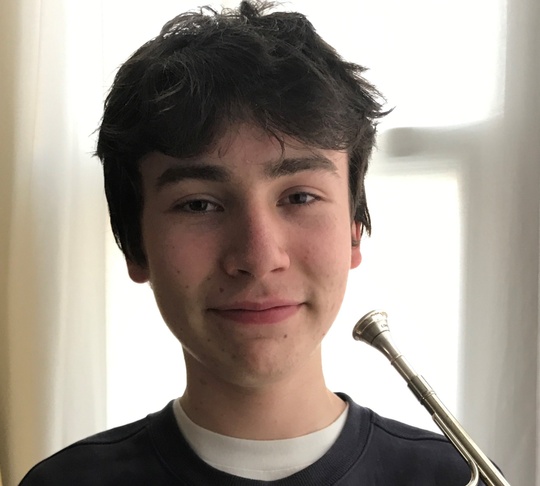 After graduating from LMF in 2015, Louis gained a scholarship to the Centre for Young Musicians, where he continues to learn the French horn, jazz trumpet, and classical and jazz piano. He has achieved Grade 8 on two instruments. Louis is currently studying for his A-levels and auditioning for conservatoires, with the aim of becoming a professional musician.

In the last decade LMF has witnessed thousands of children and young people across London positively affected by their work. They are always looking to build on the work they have carried out so far and their plans for the future are ambitious. It has always been the case that the more funding they receive, the more grant funding they can award, and the need for this support is greater than ever. To help the London Music Fund build upon their exciting and valuable work you can either get in touch with CEO, Chrissy Kinsella through contacting our education manager, or sign up to give a regular, monthly donation which helps the charity with forward planning and long-term security. You can do this here. 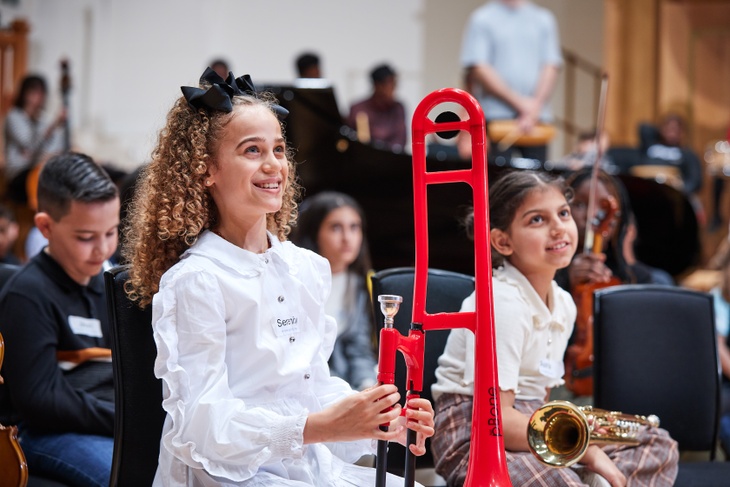 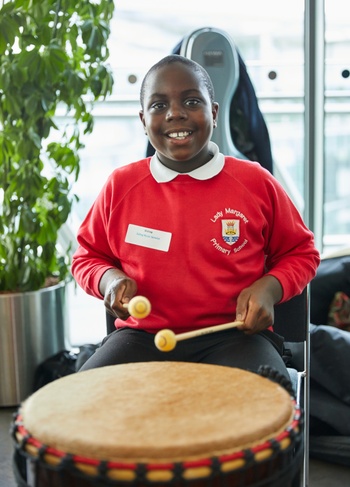