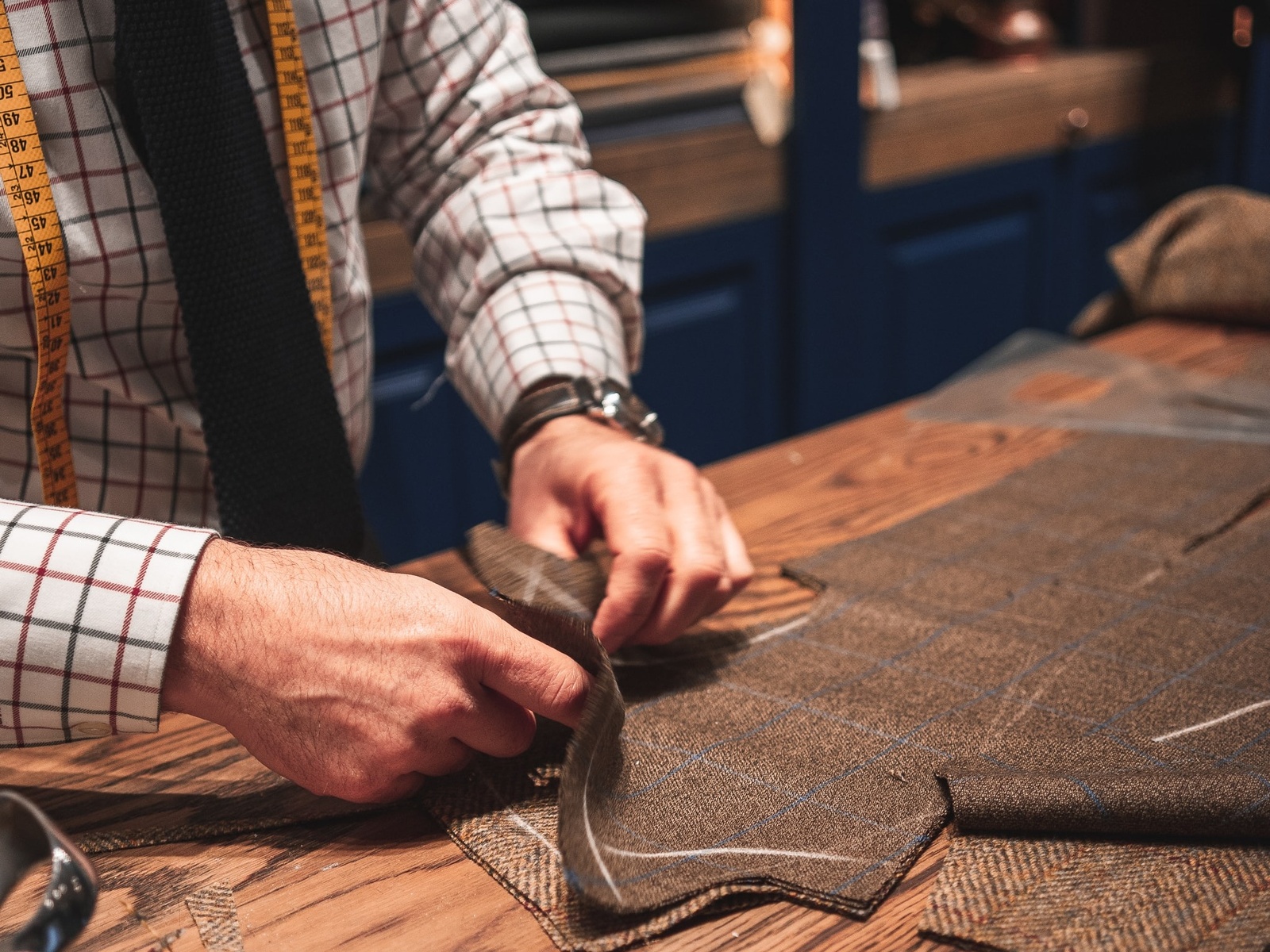 A Life in Tailoring: Court Assistant Michael Skinner Celebrates 65 Years in the Trade

Past Master and current chairman of famous bespoke tailor and shirt-maker, Dege & Skinner, Michael Skinner has been a practising Master Tailor for 65 years – and he's still cutting, tailoring and fitting today!

Here, Michael looks back over the highlights of his life in tailoring and reflects on the Merchant Taylors' Company since it rekindled its historic links with the trade.

My apprenticeship started in our family business, Dege & Skinner, more than six decades ago, when my father sent me to the world famous Tailor & Cutter Academy in Gerrard Street, London W1, to take courses on tailoring and then cutting gentlemen’s garments. I still have all my original training notebooks and it’s surprising how little has changed! My first coat was made entirely by hand, I recall.

Dege & Skinner was founded in 1865. Michael was thrown in at the deep end when one of his first tasks was to head to Westminster Abbey for The Queen’s Coronation in 1953.

“My father, grandfather, John Dege and the team arrived at Dean’s Yard at 5 a.m.” said Michael’s son William. “We had stored many peers’ coronation robes in our basement since 1937 and on the morning of the Queen’s Coronation, we robed about 60 peers. The robes had arrived by truck the previous afternoon, were unpacked and painstakingly arranged in alphabetical order around the room. As you can imagine, the great day was mayhem, especially after the service, when Sir Winston Churchill refused to wear his Garter Hat, preferring that of Lord Warden of the Cinque Ports! Something that didn’t go unnoticed by those ‘in the know’, I can assure you!”

“My son William is the fifth generation Skinner to run our family business, and I still find it a strange anomaly that we Skinners ply our trade alongside the Skinners’ Company, who are furriers! Something that has had us all at ‘sixes and sevens’ ever since 1484, thanks to Mayor Robert Billesden’s award. I received my Freedom in 1988 - because I was in the trade - and was often lucky enough to play in the annual Billesden golf match against the Skinners’ Company; much to everyone’s amusement!”

Speaking to Michael and members of his team at 10 Savile Row, you hear the sheer incredible variety of a bespoke tailors’ skills and customers. For example, in the eighties, HM The Sultan of Oman requested ceremonial uniforms for the 120 riders and camels of the Royal Oman Police Camel Pipe Band. It was a world first and that’s not something that many people can lay a claim to!

Under William, the firm has been commissioned to design and make the new mess dress for the Queen’s Royal Lancers. Pictured below, Dege & Skinner’s specialist team of military cutters and coat makers created the exquisite uniform in the cutting room and workshop at 10 Savile Row and which was selected for inclusion in the Victoria and Albert Museum’s What is Luxury? exhibition in 2005.

﻿The vest (waistcoat) was cut from off-white wool Melton, with gold Russia and Mylar French braid around the collar. It was worn by the 17th Lancers from 1901 until the regiment was amalgamated with the 21st Lancers in 1922 to form the 17th/21st Lancers.

Prior to the restrictions imposed by the pandemic, you could glance down into the brightly-lit basement workshops along Savile Row and see a wealth of highly talented craftspeople making the world’s finest quality clothing, mostly by hand. The cutters and tailors are starting to return, but slowly and with extreme caution.

As Managing Director, William masterminded the transformation of the basement of 10 Savile Row into the best state of the art air-conditioned tailors’ workrooms on the Row; with thanks to Michael’s oldest friend and surveyor, the late Michael Mortimer.

The firm’s pride, production quality, apprenticeship scheme and a genuine love of the trade enable Savile Row to maintain its position as the world leader in men’s bespoke tailoring. This is something that Michael, William and the highly-skilled team at Dege & Skinner hope will continue long into the future.

“Discerning customers will always want to dress well and that won’t change. There’s no better place than Savile Row when it comes to style, elegance and world class tailoring; including the increasingly popular more casual and relaxed styles. The future looks bright even after one of the most difficult trading periods in our company’s long history,”

When Chairman of the Technical Committee, Michael presented the Bespoke Tailoring and Cutting Apprenticeship Diplomas to graduates at the Hall. He notes, “It has always been a personal pleasure because of the wealth of young talent coming into an historic trade. The mixture of talented men and women never ceases to impress and that’s what will keep us in business long after I retire!”

Elected to the Council of the Master Tailors’ Benevolent Association (MTBA) in 1967, Michael served eight years as President from 1987 and was lucky enough to dine annually with members of Court at the Billesden Dinner, where he got to know many members of the Company, joining the Company through Redemption in May 1988. 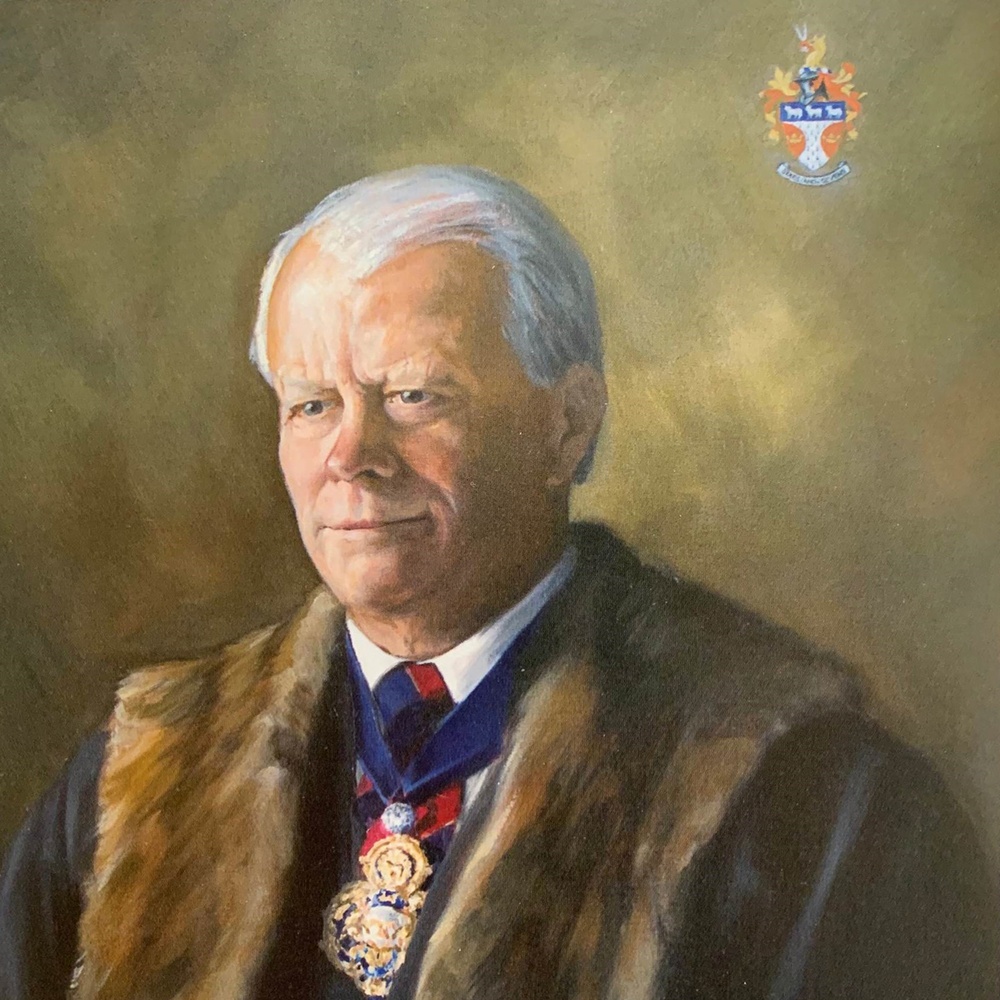 In 2004, Michael was elected Master of the Merchant Taylors’ Company. He became the first practising Master Tailor to achieve this position in 350 years and there are two commemorative pieces in Merchant Taylors’ Hall to this day as testament to this. A portrait by Angus Hampel, an alumnus of Merchant Taylors' School Northwood, which hangs in the Clerk’s corridor and includes Michael’s apt motto that relates to the patent he received from the College of Arms in Queen Victoria Street. Fellow Royal Warrant Holder, M. Hand & Co. embroidered the banner that hangs beneath the organ in the Great Hall also to mark the occasion.

The Skinner family's association with Merchant Taylors’ continued when William became free of the Company in 1991, having been apprenticed to Sir Peter Studd, and was elected to the Livery in 2003. Indeed, it was William’s proposal that saw the Master Tailors’ Benevolent Association (MTBA) change its name to the Bespoke Tailors’ Benevolent Association (BTBA) and Michael cites William’s year as Appeal Chairman of the BTBA as one of his proudest moments in a long and extremely varied career; along with his son’s subsequent election as Chairman of the Savile Row Bespoke Association in 2016.

Through the Merchant Taylors’ and the trade, Michael and his family have enjoyed some wonderful moments, attending events such as the Queen’s coronation festival at Buckingham Palace in 2003 and being on board the Company’s float at Sir David Brewer’s Lord Mayor’s Show in 2005, which brought together the Drapers’ Company, members of the trade, the CCF contingent of Merchant Taylors’ School and Military Affiliates.

So, after such a long career in the trade, and a long time as a Merchant Taylor, Michael shares some words of wisdom for anyone aspiring to join the trade; in the words of Sir Hardy Amies:

“If you love people, have a passion for creating exquisite clothes and are not afraid of hard work and long hours; you may not earn a fortune but you will have a lot of fun doing it!” 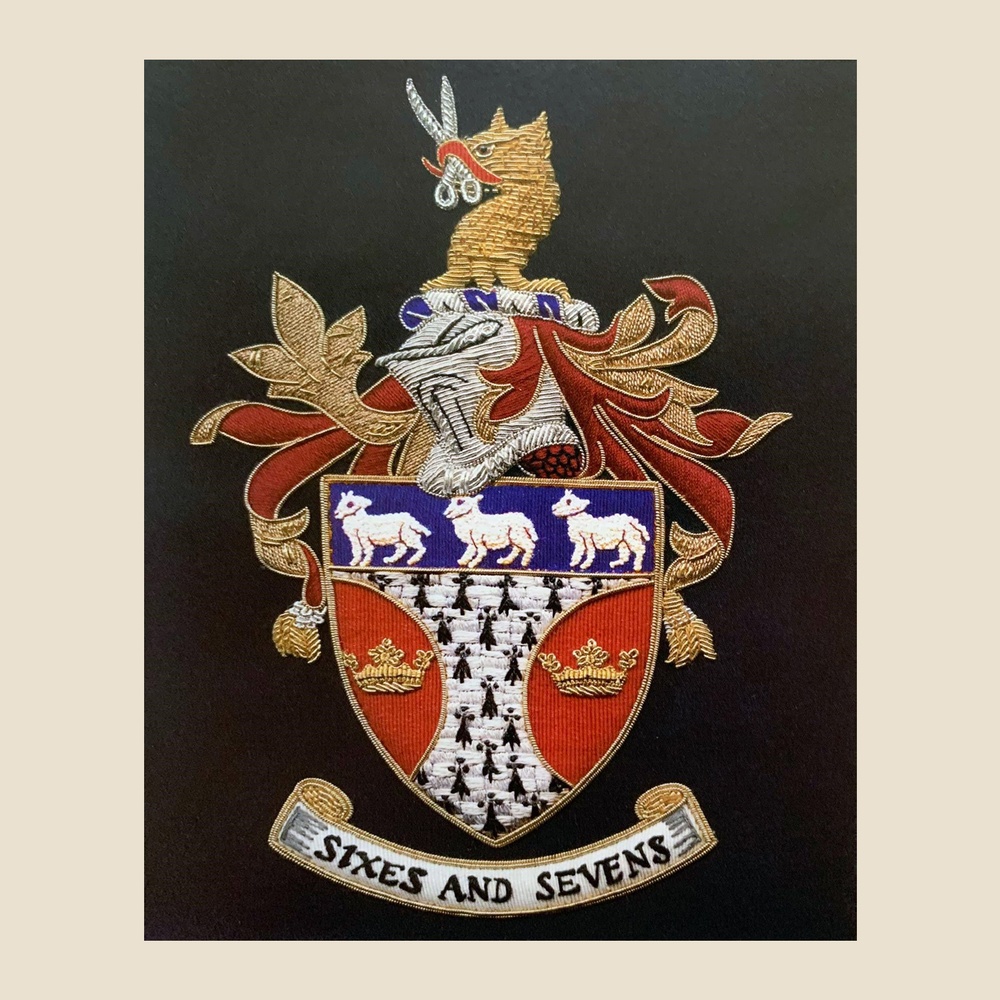