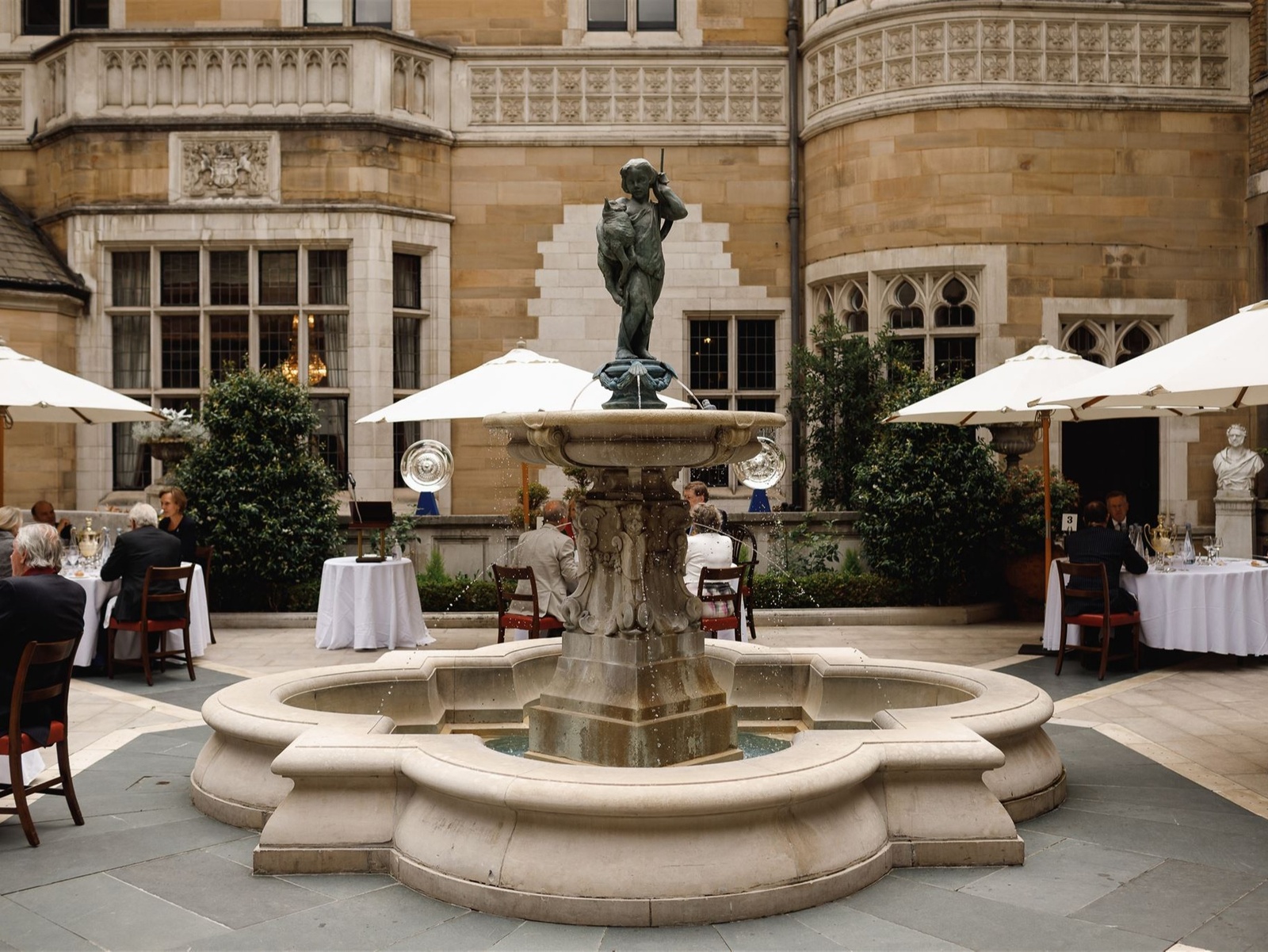 At Sixes and Sevens: The Billesden Award

The life of a Merchant Taylor often involves balancing looking to our future while respecting our past. From events held within the Hall, amidst its tangible history, to enjoying the same fraternity that our forebears would have enjoyed over centuries before us we continue to acknowledge our origins as we do their spirit for ensuring the Company’s future success. One event in particular acknowledges those interests best. The Billesden Award is a modern celebration for future ties with the Skinners’ Company that speaks directly to our shared past and the once acute feud between us!

Merchant Taylors are proud of their ancient links, the privilege of being a member of one of the Great Twelve Livery Companies and perhaps even their association with the rumoured origins of Chaucer’s phrase ‘at sixes and sevens’, there is also the necessary humble origins from which the Tailors’ Fraternity began in order to gain its place within the Great Twelve. This article reminds us of those humble beginnings from which the Tailors' Fraternity gained its place within the Great Twelve, and the scrappy attitude that led the Tailors into English literary fame!

In the 1300s, the Tailors were still an artisanal fraternity made up of craftsmen rather than merchants. Over the 14th and 15th centuries however, the Tailors actively recruited royalty, nobility and prominent citizens as part of an ambitious strategy to increase their collective wealth and strength within the City and its guilds. This resulted in the favour of the Crown, and of course the royal charter of 1503 which reincorporated them into the Worshipful Company of the Merchant Taylors. 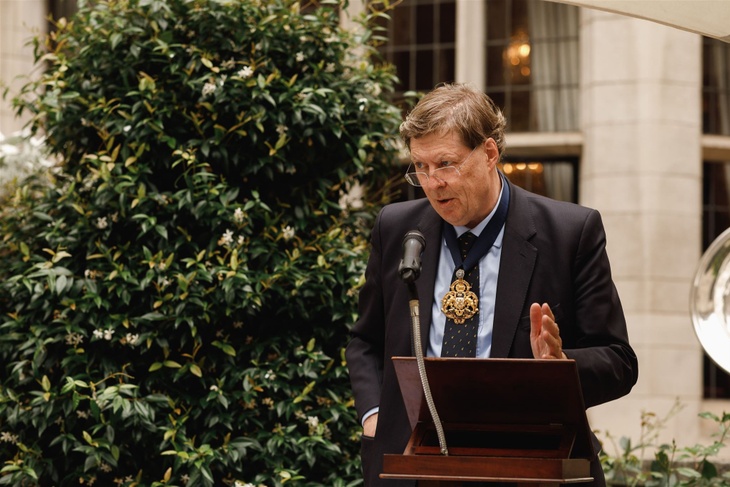 Nevertheless, this ascension was not without obstacles, particularly those posed by City officials and other prominent guilds, particularly the Drapers and the Skinners, with both of whom the Tailors’ enjoyed lengthy and vicious feuds.

The feud with the Skinners grew gradually, likely due to the order of precedence at ceremonies and processions and the similarity of the two crafts. In the medieval period, the position in a procession or parade or where you were seated at dinner highlighted your status to others. This was a serious matter; the higher up a guild was placed, the greater their lobbying power, the more prominent members they could attract, the more wealth they could enjoy and the stronger their position within the City. The ascending Tailors were a threat to those fraternities and guilds already established at the top, and the Tailors were not afraid to clash with them. In the 1460s, one Henry Clough, Tailor, was promptly packed off to Newgate prison for uttering “dishonest words about the craft of skinners”, and arguments between the guilds resulted in bloody street brawls and even loss of life. 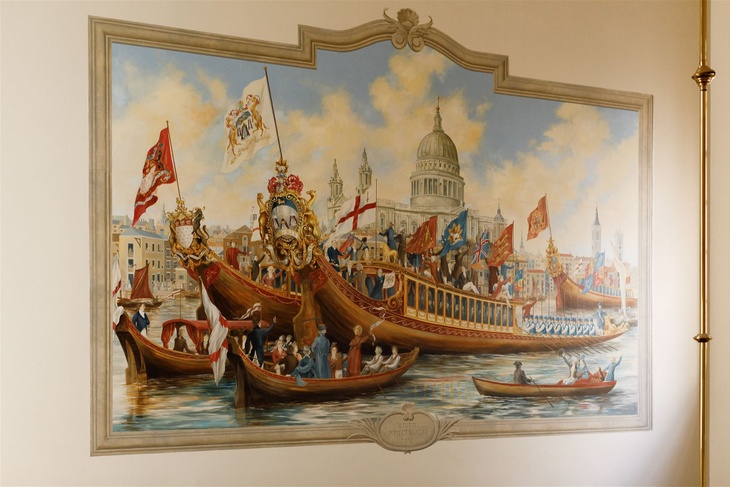 In the latter half of the 15th century this rivalry grew fiercer. The Skinners, more established, had a great civic reputation, while the upstart Tailors would not have their first Lord Mayor until 1498 (Sir John Percyvale). But the increasing prominence of their members and their growing wealth were gaining on the other leading guilds.

In 1484, the Lord Mayor Sir Robert Billesden stepped in to settle a “variaunce and controversie”, a particularly bloody brawl between members of both guilds. His decision is believed to be the oldest City decree that still operates exactly as it has since it was pronounced. It ordered that the guilds, now Companies, alternate each year in their positions within the Great Twelve order, and that each year both must host each other for a feast. The Skinners host the Merchant Taylors on their patron’s feast day, Corpus Christi, while the Merchant Taylors’ host the Skinners’ Company on the Nativity of St John the Baptist.

Mayor Billesden specified only that the two Companies should alternate in precedence each year. He did not specify that they should alternate at sixth and seventh. That came in 1516, when the Order of Precedence of the then 48 Livery Companies was fixed by the Court of Alderman. In line with Sir Robert Billesden's judgement, the Merchant Taylors' and the Skinners' Companies have rotated as sixth and seventh ever since. Today, the Masters and Beadles of the two Companies meet just before Easter at Mansion House and change their respective status in a brief ceremony before the Lord Mayor. 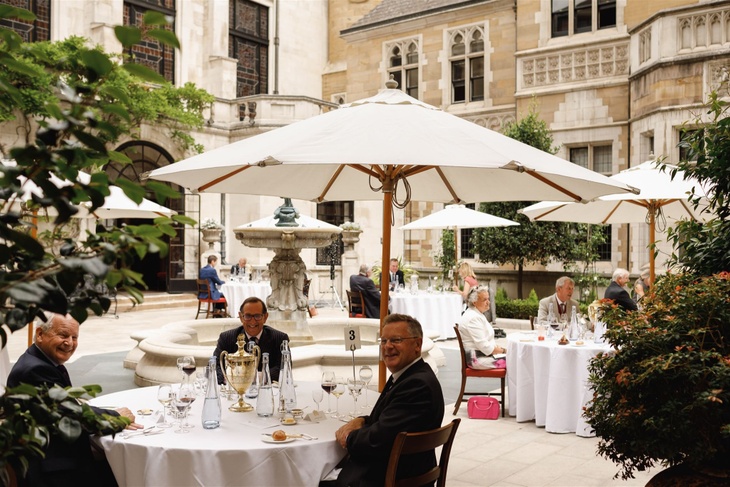 The Skinners did make a final forlorn bid to undo the Billesden Award in 1521, claiming that the judgement related only to processions and not elsewhere. A supplementary Award put paid to this, confirming that Billesden intended his Award to apply not just to processions but also to "riding, going or meeting in and at all other assemblies".

Relations today are much friendlier, but a vestige of competition remains through our sporting fixtures and with the spelling of the Lord Mayor of 1484. Merchant Taylors continue to use Billesden (correctly, of course), while the Skinners persist with Billesdon.

This award, for the fostering of love and peace between the Companies, has been faithfully observed since 1484. 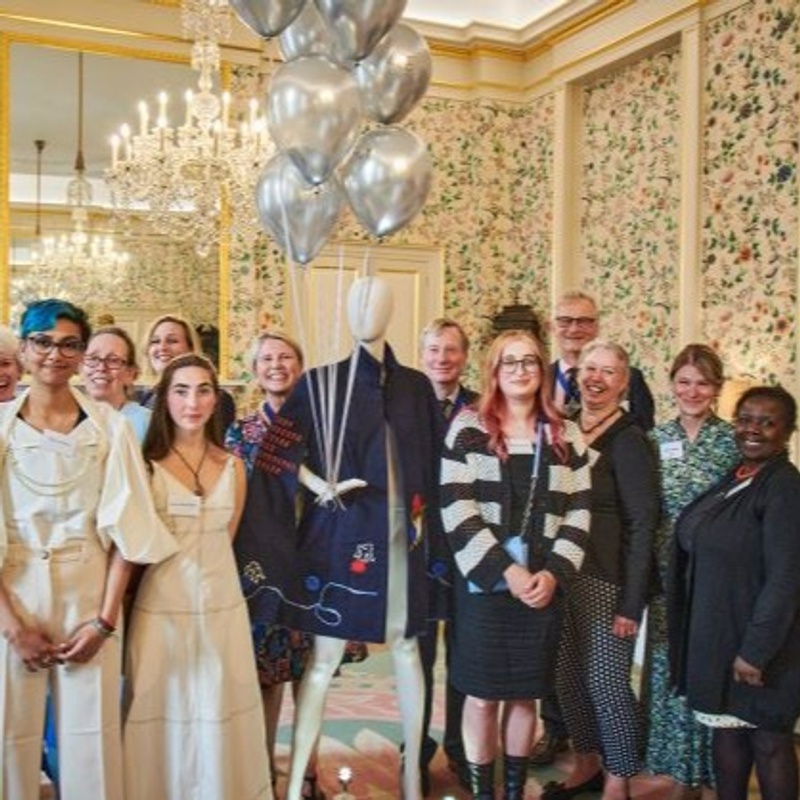 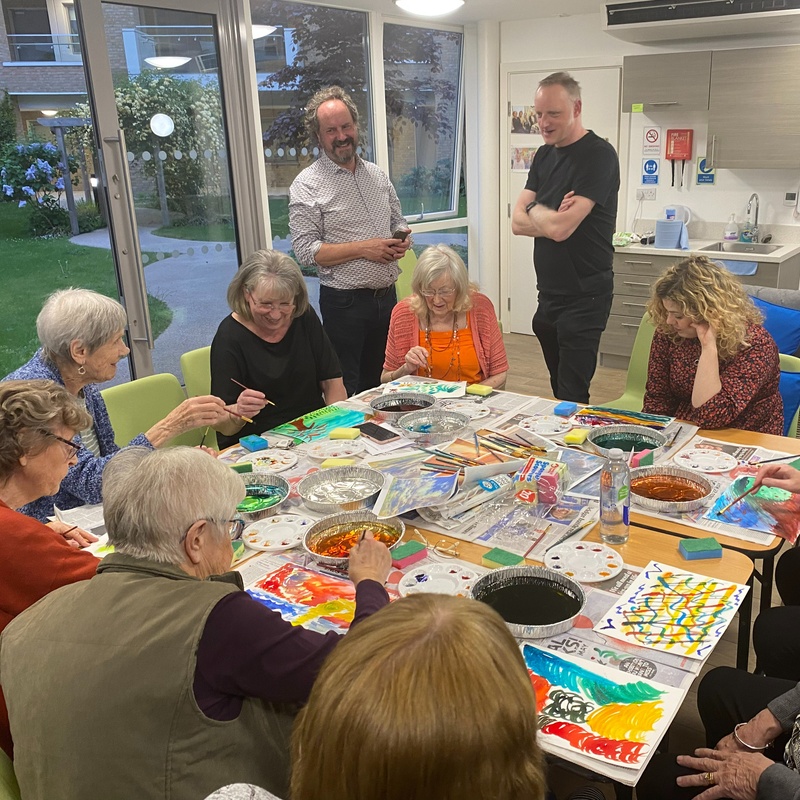 We’re excited about the new Let’s Create programme of activities for residents at our almshouse charity at Christopher Boone’s Court in Lewisham. It’s a wonderful mix of singing, music-making and arts and crafts paid for by Merchant Taylors’ and run by local charity Age Exchange.