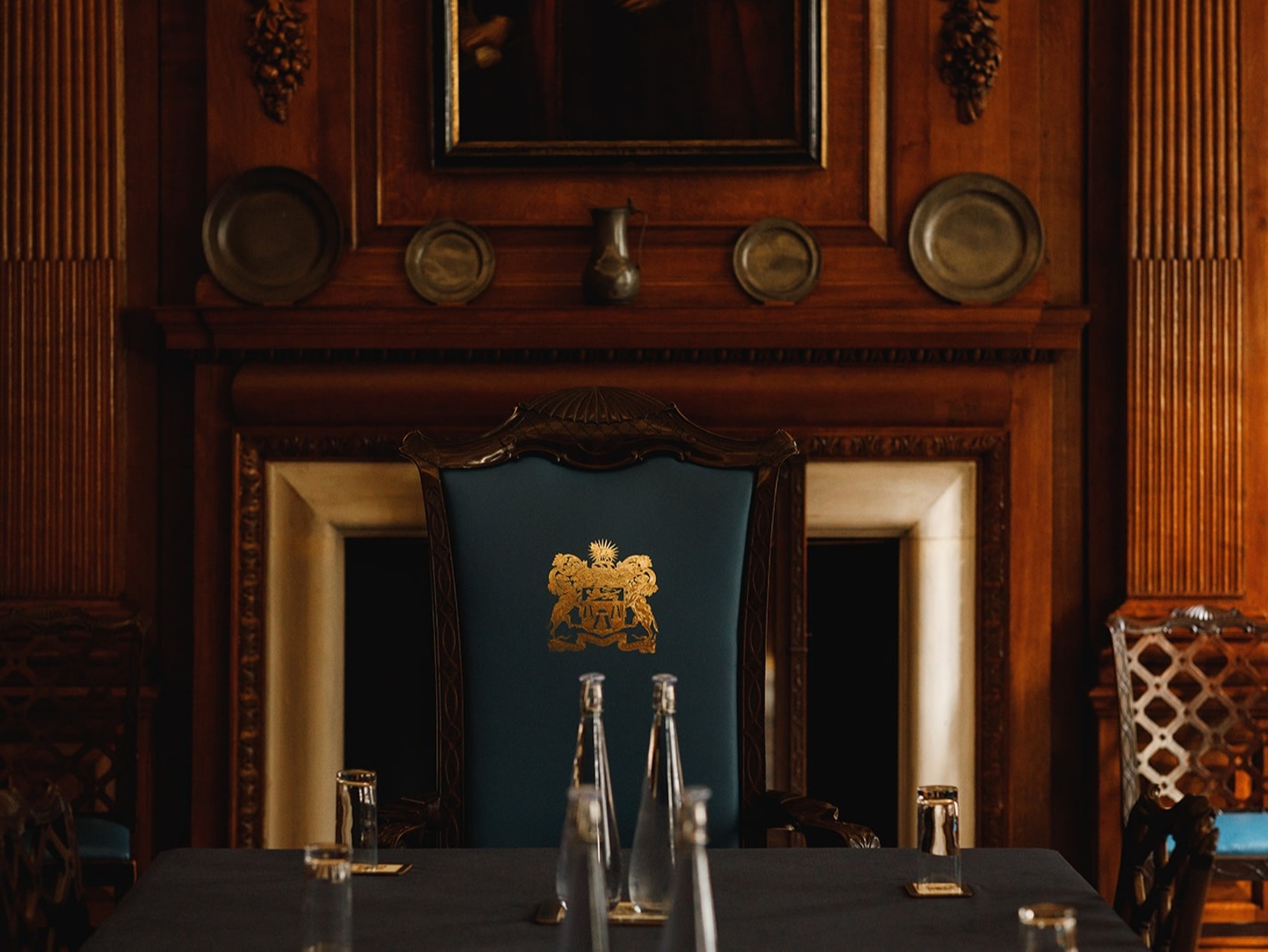 For International Women's Day we honour the growing female membership of Merchant Taylors'. To celebrate women of the Company, their interests, backgrounds and passions may never have been more important than at this time when the progression of women's equality is being reversed by the effects of the pandemic.

Below are two interviews, republished from spring and autumn 2020 No.30 respectively, which reflect the growing breadth of our Company's membership today and which also speak volumes about the assured future of the Company. 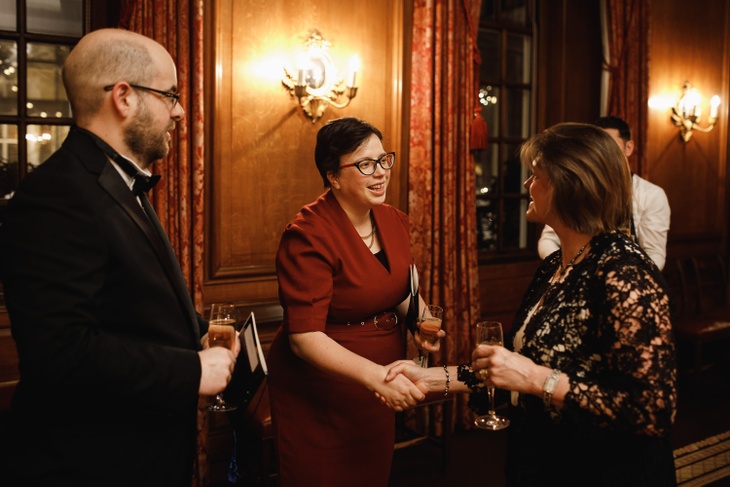 Emma’s maternal family have been Merchant Taylors for at least three generations, and she is pleased to carry the tradition on into the future; Emma came through Redemption in 2017.

For Emma, being an active member of the Company isn’t just about honouring that familiar link – it’s about what anthropologists call fictive kinship, which can be godparents or an extended family structure that goes beyond blood relations. (She studied an anthropology PhD, developing a way of thinking that never leaves you!) Fictive kinship helps people extend out into the world and understand it in different ways, with the stability and benefit of a kind of family. Looking around the Hall as people who knew each other’s parents and grandparents greet each other and introduce their apprentices, spouses and children to each other, you can see the warmth and value of that human connection. This kinship is key to the Company’s endurance.

After graduating, Emma worked as the private secretary to the Ambassador of Bolivia until last year, on occasion bringing ambassadors to the Hall for dinners and events! Today she works at the UK Space Agency.

Emma has long been committed to the Company’s philanthropic work and is an active member of the Company’s Charity Visits Scheme. She says, “the charitable work of the Company, in bringing its members into contact with people facing different challenges, is one of the most interesting and rewarding things to do with the Company, in my experience. Collectively, the prudence and acumen of the Livery Companies have guided London through history to be the place it is today; it’s important to remember that the social and family bonds within them give the City its beating heart.” 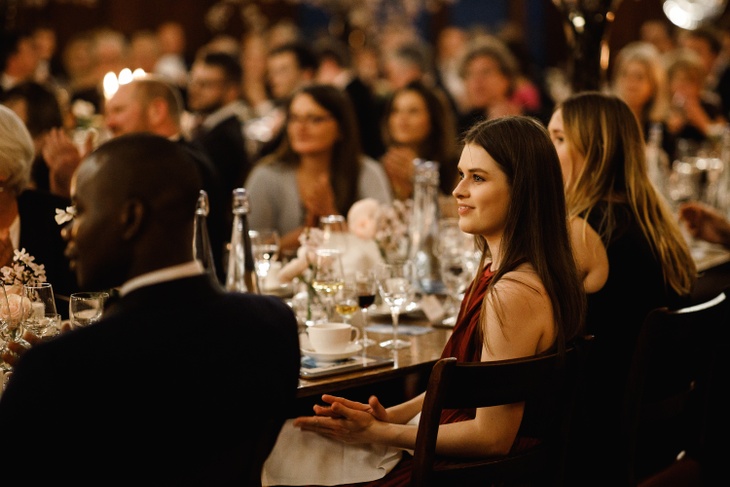 The strength of Merchant Taylors’ Company has always been in the varied interests of its membership. From education to sports and the City, members’ hobbies and passions have been the shared ground upon which friendships have been made for centuries. They also can provide the opportunity to bring promising new members into the Company.

This was certainly the case for Angelina, whose route into the Company came in 2018 through music. After performing with her Merchant Taylors’ Girls’ School Crosby chamber choir at the Company’s February Livery Dinner, Angelina was approached by Court Assistant Lady Harding to be her Apprentice, an opportunity she jumped at.

Angelina’s love for music began at a young age, learning to play the violin and piano from the age of six, and which she continues to play today in addition to classical singing. In May of 2018 she won the RIBI National Young Musician (Vocal) Competition in Edinburgh, a tremendous achievement. In September of last year, she began her second year at the Royal College of Music as a vocal student.

Angelina has thrown herself into life at the Company, attending the Lord Mayor’s Shows and Vernon’s Anniversary Services. In March, she performed at the 400-year anniversary celebrations for Merchant Taylors’ Crosby, an evening spent meeting recent and old alumni from the schools where music once again meant new connections were made, something we can all look forward to in the future.

Since her interview for No.30, Angelina has remained busy; she delivered a PSHE lesson to Crosby students on what it means to be a Merchant Taylor Apprentice and in November she was a finalist and the Norma Procter Song Prize winner at the 2020 Kathleen Ferrier Society Bursary Competition.

Also in celebration of International Women’s Day, Angelina has recorded an unpublished song by the female composer Rebecca Clarke, for a project called SWAP’ra which is supporting women and parents in opera. Angelina's recording will be part of the Forgotten Voices section, which aims to rediscover female composers from the past 180 years. The series take places from 6-13 March. Find out more here.