On Friday 16 October, six members of the Merchant Taylors' Company, mentors in the Company's first Livery Academy Awards, met virtually with the students and teachers who they will be working with over the next month.

Lissa Gillott and Jamie Longstaffe are working with students from St Saviour’s and St Olave’s, a girls’ school in Southwark (see a video from Lissa below); Philip Kelvin and Tim Vallings will support the team from Wallingford School, part of the Merchant Taylors’ Oxfordshire Academy Trust (more from Philip on their initial meeting last week can be found at the bottom of the article); and Richard McBride and Victoria Townsend will work with a team from Foyle College in Northern Ireland, the school founded by the Company in 1617. All will bring their skills and experience in business, from expertise in finance to marketing and PR, to support the students as they develop a pitch that will seek to raise up to £500,000 from investors to launch a product or service that is not only commercially successful but also generates social benefit for customers or society as a whole.

Today, we launched the Company’s first Livery Academy Awards. We welcomed schools, teachers and mentors into the Hall, although due to coronavirus this was done mostly virtually. Following a warm welcome the mentors joined their groups and began work on their projects in earnest. We wish them luck, and look forward to seeing the exciting and daring projects at the final in November.

Over the next few weeks, the mentors and teams will meet regularly to hone ideas, create business plans and polish presentations. Then, on 30 November, the three teams will present their pitches to a team of judges also drawn from the Company’s membership with the winners potentially going on to an inter-Livery Grand Final early next year against teams from the Grocers’, Haberdashers’ and Drapers’ Companies.

We are thrilled that our schools and Company members have taken up the challenge of participating in this fabulous initiative so enthusiastically. Launched by the Grocers’ in 2013, the Livery Academy Awards have built on their original aims – to foster entrepreneurial skills among state school students and build links between Company members and education – to great effect, with the mentors and schools often going on to forge long-term and rewarding connections.

In the video below, Liveryman Lissa Gillott, a mentor to St Saviour's and St Olave's School, discusses the first meeting with her school and what the competition will look like over the coming weeks, while Freeman Philip Kelvin, a mentor to Wallingford School, outlines how he and Liveryman Tim Vallings spent their first meeting with their team and what's next for their team too.

We look forward to sharing further updates with you from across our school teams!

It is great to be involved in the Company’s education work having answered a call for volunteers at this year's Freemen's Dinner. I was fortunate to attend Merchant Taylors’ Northwood, and I have always been conscious of how much the Company invests in all its educational links.

Despite joining from the Hall via Teams – while Tim, who lives nearby, was at the school – the energy of the team who had already brainstormed three ideas tackling different social themes was inspiring. We worked with them to challenge and refine their ideas until we reached one strong business hypothesis. They are now drafting a survey for their local community which they will launch this half term to test their idea and further clarify the problem they are solving.

With the uncertainty of Covid-19, and how long half-term will be, the team have a lot to get on with before they present at the Hall but we have full confidence in them and are excited to see them progress! 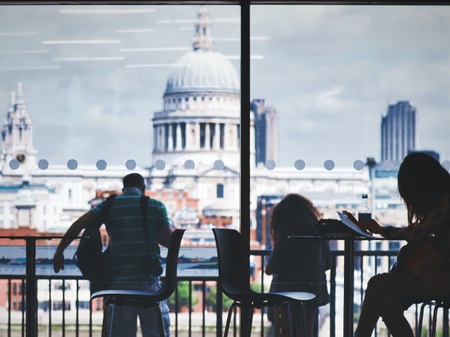 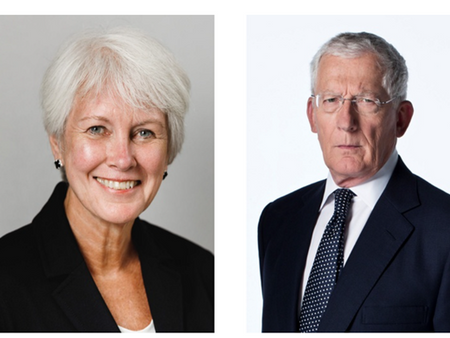