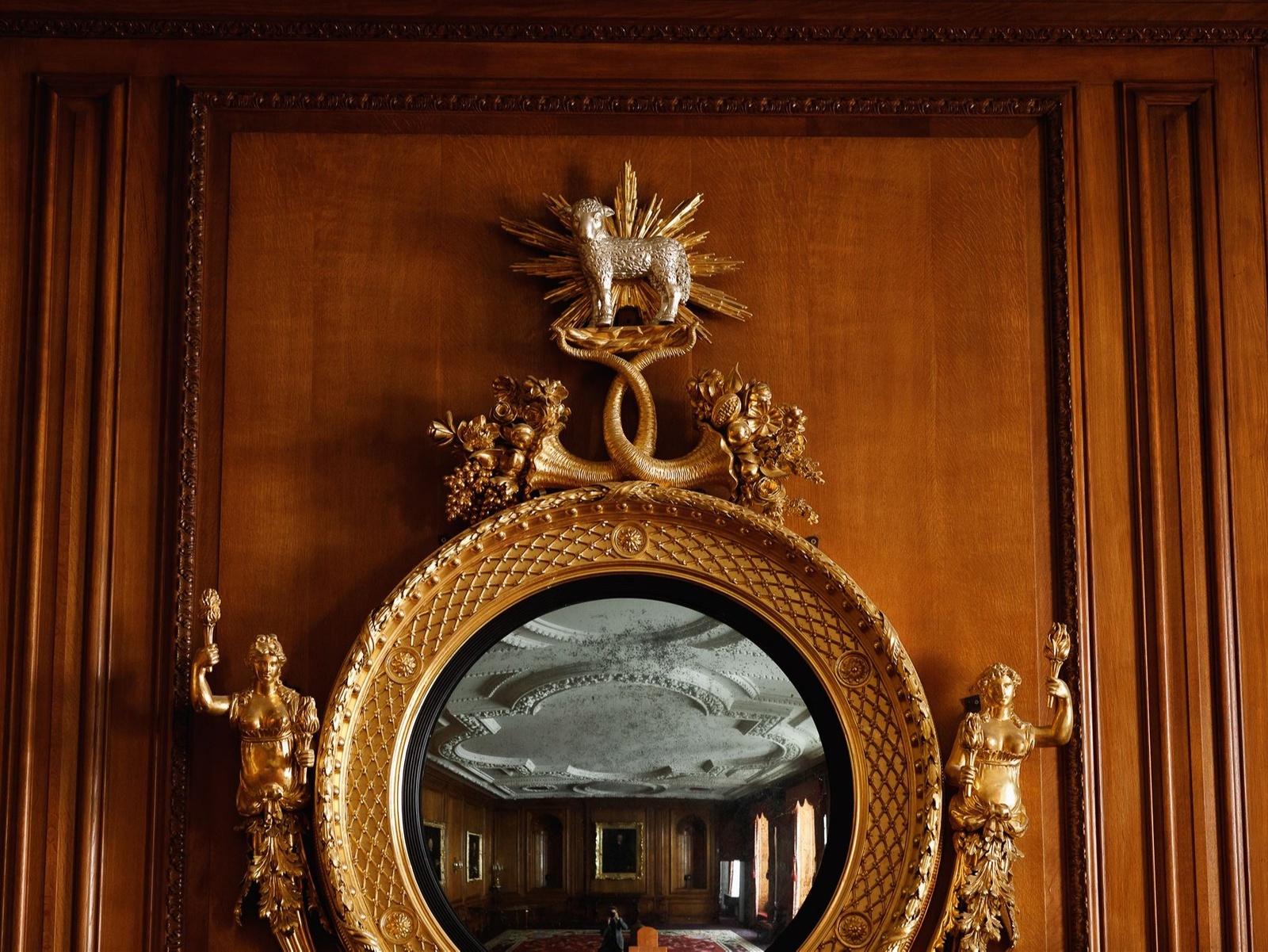 History on Display: The Installation of the late Lord Weatherill's Court Dress uniform

The Hall's corridors may remain quiet for the time being, but our Surveyor and Facilities Manager continue to be busy at work: a quiet Hall allows them to implement important maintenance and restoration works.

Already the Hall's south eastern roof has been fit with solar panels; much-needed work is being undertaken in the kitchens (when not in use for the Livery Kitchens Initiative of course) and the Hall has been made COVID-19 secure ready for the future return of our guests.

One exciting new – and long-awaited – addition to the Hall is the installation of Lord Weatherill's uniform in a new display case located next to the Library staircase. It proudly displays in a modern style the silk velvet Court Dress of the former Speaker of the House of Commons, combining many of the associated treasures into one. 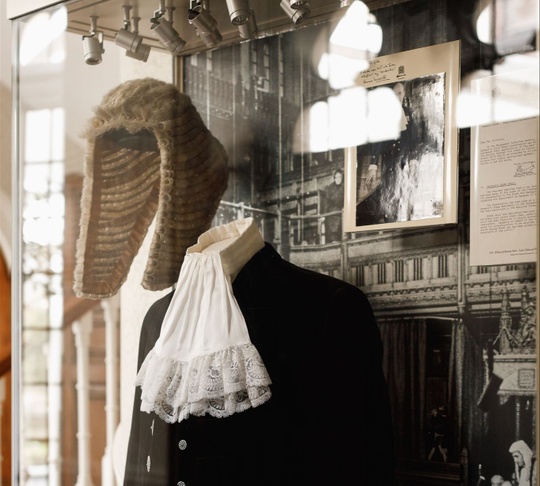 Lord Weatherill, born Bruce Bernard Weatherill in 1920 was a tailor, moderate Conservative politician, former Speaker of the House of Commons and life peer. Known as Jack to his family, on graduating from Malvern College at 17, he was apprenticed into the family tailoring business where, his retirement as Speaker of the House of Commons in 1992, he maintained a strong interest in the business and the tailoring trade. In fact, pieces he designed can be seen at the Victoria and Albert Museum. 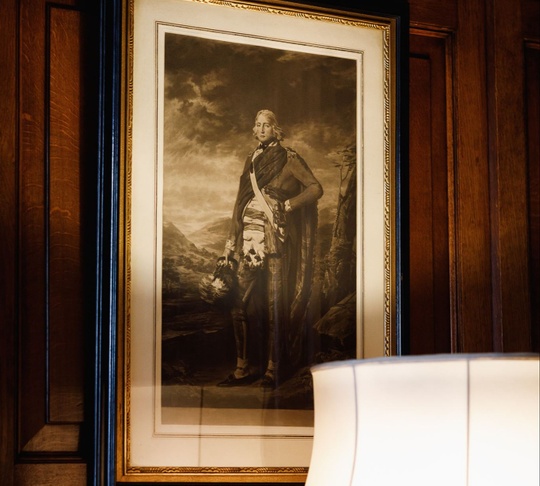 Over his long career in politics, Weatherill clashed famously with Prime Minister Margaret Thatcher, especially in relation to his reinstatement of PNQs (Private Notice Questions – cherished by oppositions and detested by ministers alike). As Speaker he oversaw an extraordinary period of British political history including the miners' strike, the Falklands war, as well as the Peter Wright and Zircon affairs.

Weatherill's independence as Speaker is today praised much more so than it was recognised at the time, on his death, obituaries across the broadsheets noted his ardent defence of democratic practices in the House.It remains an immense privilege to count the late Lord Weatherill as a member of the Merchant Taylors' Company. 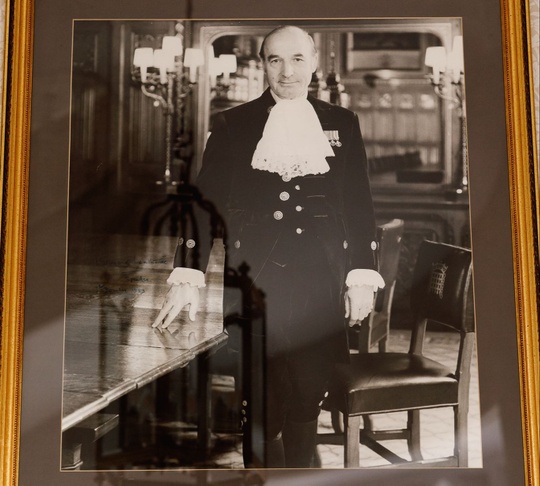 Lord Weatherill died in 2007, survived by his wife, their two sons and daughter. He was an impressive figure in the Commons and who, on his mother's advice, always carried a thimble in his pocket to ensure that he would never forget his trade origins. This in particular seems apt for the Merchant Taylors' Company, who balance their enjoyment of their long and illustrious history with affection and pride for their Company's humble beginnings.