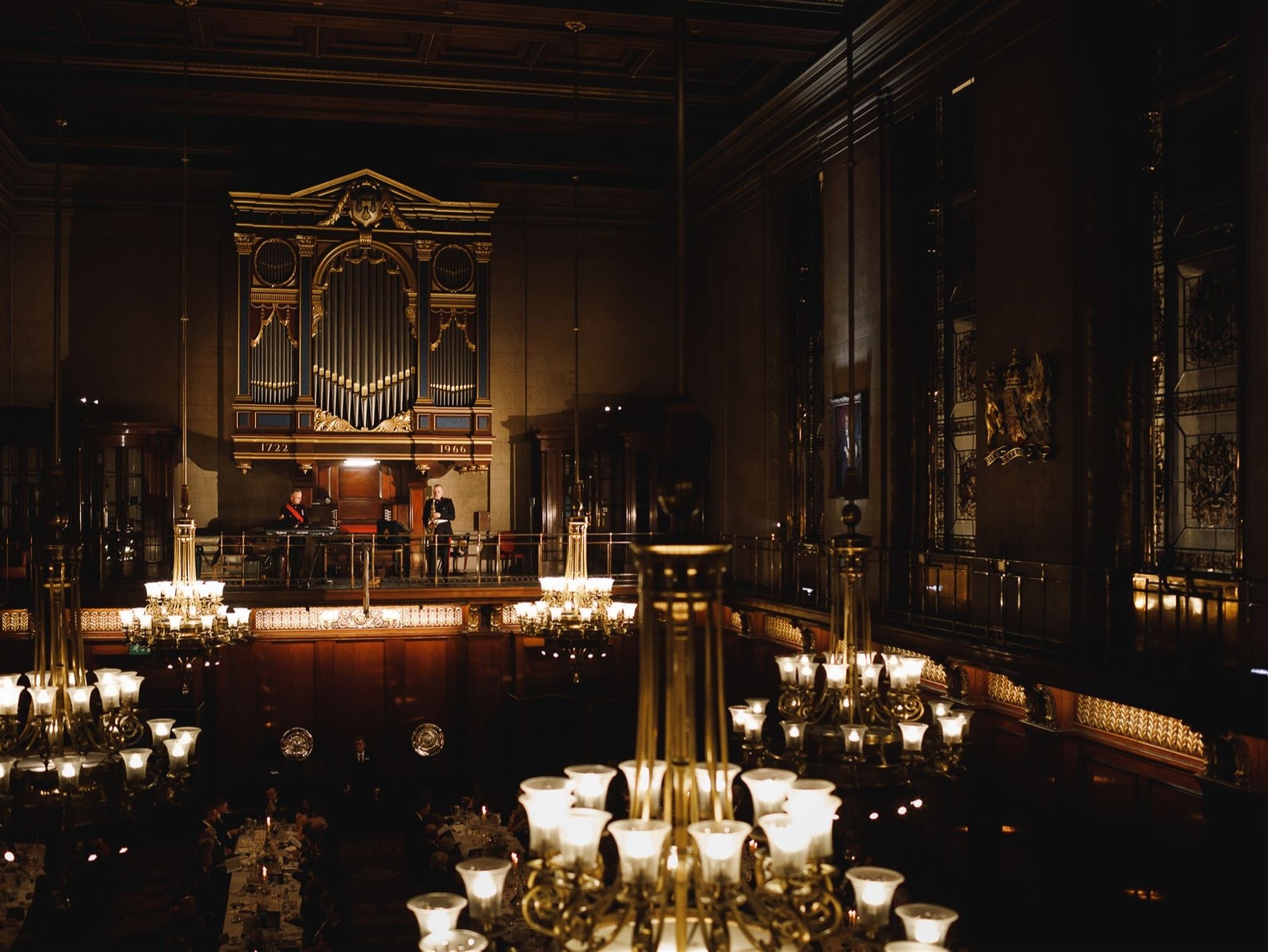 The Company organ is a source of great pride; it is the only remaining working organ in a Livery Hall. The organ is at the east gallery of the Great Hall and it bears two dates, 1722 and 1966. The first for when it was originally built; the second when it was installed in the Great Hall.

Originally built in 1722 for the Wren church of St Dionis Backchurch, on the corner of Fenchurch Street and Lime Street, its builder was Renatus Harris (c.1652-1724), sometimes known as René. Born in Brittany, his parents were English exiles during the Commonwealth, the government during the period after the Second English Civil War and the execution of King Charles I. Harris worked in more than sixty cathedrals and churches, building at least seventeen new organs over his lifetime, a feat which led to him being one of the most prominent organ builders of the times. The St Dionis organ was his last. 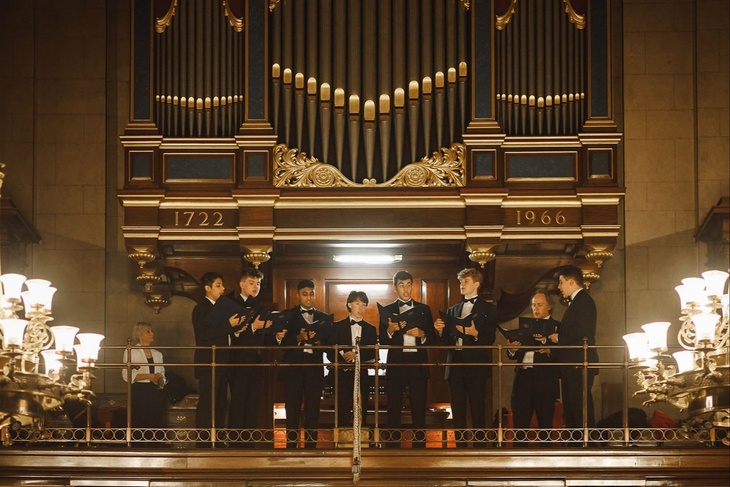 Harris’ original specification for the organ survives. Its twenty-five stops included eight reeds, at which he was particularly skilled. Harris was then around 70 years old, and much of the work was therefore carried out by his son John. The cost of the organ was £525, to include free maintenance and tuning for five years.

However from c.1850, the City was losing its resident population, becoming a place of day-time workers who commuted from the suburbs. Church congregations plummeted. In response, the church authorities started to demolish redundant churches, sell the sites and use the proceeds to build fresh churches in new centres of population. St Dionis Backchurch was pulled down in 1878, becoming instead St Dionis Parsons Green, where the communion table, pulpit and font from the City church are still in use.

Much of the case of Harris’ organ was re-used for a new organ at St Mark’s, Walworth. This was destroyed in 1940. Other parts of the case can still be seen in St Edmund Lombard Street. The Harris pipes were re-used (in a new case) at Darenth Park Hospital, from which the Company acquired them, unplayable, in 1965 for £100. 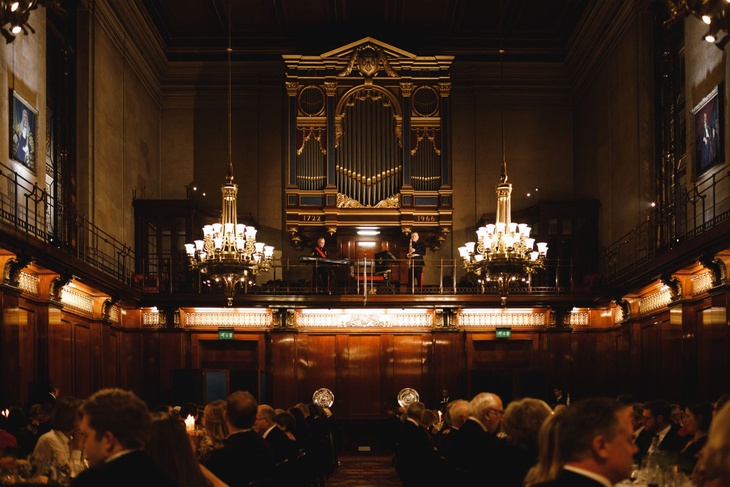 The present organ was built by Noel Mander, incorporating a substantial proportion of Harris pipes. The manual organ is tracker action; the pedal, for space reasons, is electro-pneumatic. The case, designed by Stephen Dykes Bower, and built by Benfield & Loxley of Oxford, was described as “the finest to be made in the British Isles for two hundred years.” It is Italian-inspired, and topped by a pediment. The wood is mahogany, much of it gilt or painted blue and red. The display pipes are burnished tin. To create enough floor space in the gallery for small orchestral ensembles, the base of the organ has had to be “corbelled in” much more than usual. This makes it difficult for the organist to hear the precise effect of what is being played!

The organ was inaugurated on 30 June 1966 by John Dykes Bower, organist of St Paul’s Cathedral. There followed a series of public concerts, and at least one commercial LP, (the Clerk has a copy).