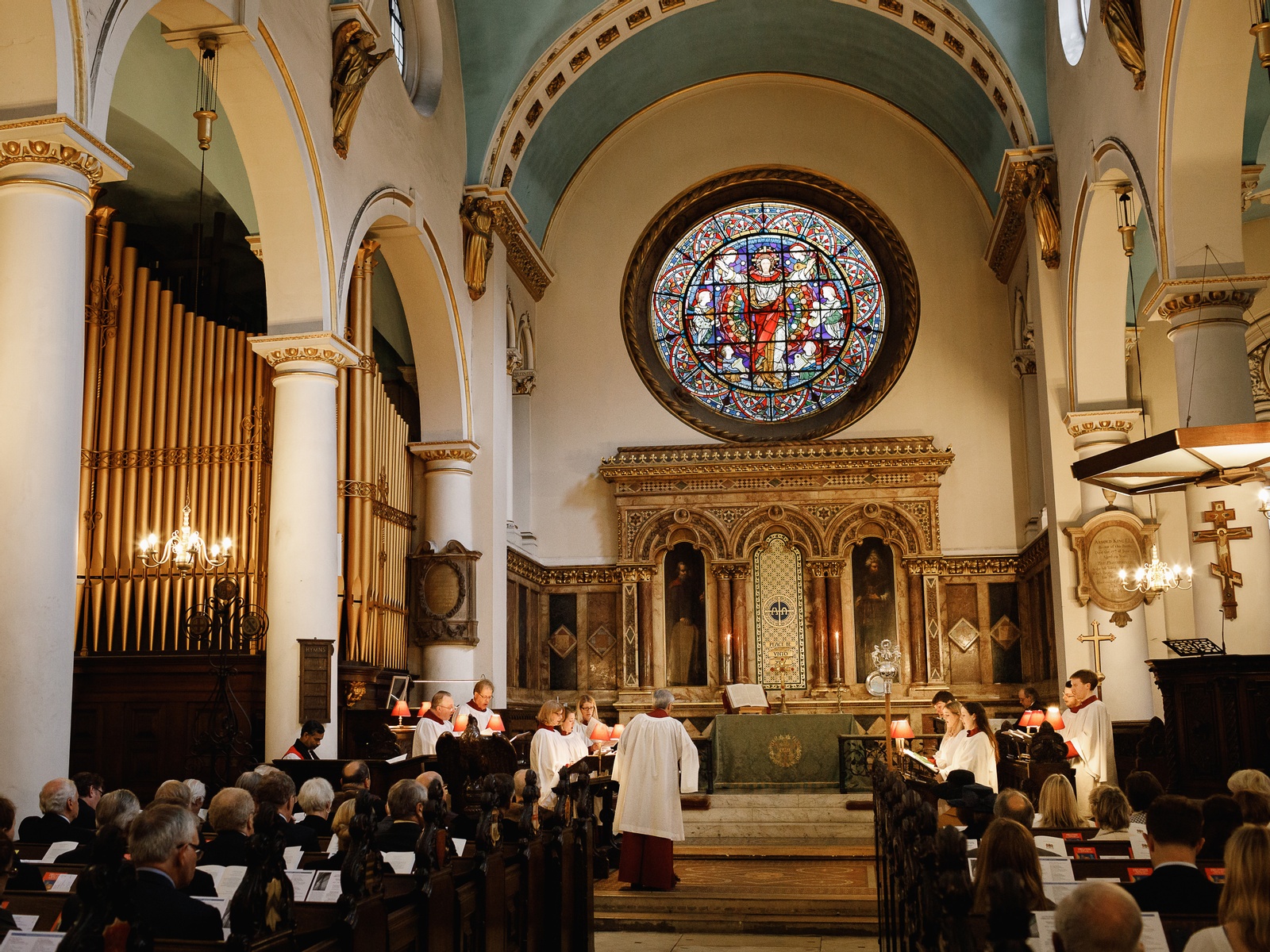 The Company's Wylford's Anniversary Service at Easter is one of our most important social occasions. Each year, we assemble in church, followed by lunch together in the Hall. And yet, why do we do this and where has this tradition originated?

James Wylford (or Wilford, Wilsford) came from Rye in Sussex; he was described as a “rippier”*, someone who brings fish inland from the coast for sale. He soon moved to London and was admitted to the Livery of the Merchant Taylors in 1486 and was Master in 1494. He was also sheriff of London and Alderman of Aldgate Ward from the 1490s; like many senior members of the Company, he was active as a cloth merchant. He married three times and had at least eight children, six sons and two daughters. Several of his descendants became prominent in the Company, including his son William, Master in 1518.

In 1514, Wylford bought an annuity (a perpetual fixed annual payment) of £9 13s 4d from the Company for the huge sum of £433 6s 8d. This annuity was charged upon the Company’s Saracen’s Head inn in Friday Street south of Cheapside. In those days, before stocks and shares, buying an annuity was an accepted way of investing spare capital. The link to the Saracen’s Head may also be significant. The Company had acquired the Saracen’s Head over 100 years earlier, and by 1514 it probably needed major renovation. Friday Street was a haunt of fishmongers (hence the street name). Wylford’s lump sum may have been carefully planned to help not just the Company but also the fishmongers of Rye, by providing more comfortable lodgings when they delivered fish to London.

Wylford made his will on 27 April 1526 and died that winter. Probate was granted in January 1527. By his will, and by a legal agreement dated the same day which the Company still possesses, Wylford gave his annuity back to the Company for charitable purposes. He asked to be buried in the church of St Bartholomew by the Exchange, and £2 of the annuity was to fund an annual requiem mass. The Master and Wardens, Clerk and Beadle were to be present, and they and “other neighbours being there” were to return to the Hall afterwards for bread, cheese and ale. The £2 included 5s 8d for the Master and Wardens, 6d each for the Clerk, the Beadle and the Company’s two priests, and money for coals for the parish poor. Besides the £2 there was 6s 8d for the Paschal Light at Easter, and a further 6s 8d for a friar to preach a sermon on Good Friday for a full three hours from 6am to 9am. That sermon is today’s Wylford's Service.

Somehow Wylford’s benefaction survived the Reformation largely intact. It is believed to be the only pre-Reformation sermon charity still in existence. In 1827 the Company was still paying £2 to St Bartholomew’s for coals and cash for the parish poor, 6s 8d to the parson for a sermon in Easter week, and 6s 8d to the Master & Wardens, Clerk and Beadle. St

Bartholomew’s was rebuilt by Wren after the Great Fire but demolished for road widening in 1840-1. We now assemble in St Michael's Church, Cornhill.

The major part of the benefaction, £7, was for repairs to the highway which Wylford had built outside Rye “between Riverhill in Kent and Northiam in Sussex”. The parishes of Rye, Northiam and Newenden were all to be involved. “Riverhill” is puzzling. No such place is listed in Wallenberg’s Place Names of Kent, published in 1934. (Wallenberg missed a Riverhill in Biddenden, but this is surely too far away.) Perhaps the answer can be seen by studying the map of the road to Rye. Northiam (in Sussex) and Newenden (in Kent) are on opposite sides of the river Rother, the county boundary. Rivers run in valleys, and “Riverhill” may be no more than an old name for the climb from the Rother up into Newenden parish. Wylford’s benefaction was therefore intended to maintain his new and improved river crossing. The present stone bridge over the Rother was built in 1706. Wylford probably paid for its predecessor.

In 1827 the Company was still paying £7p.a. to Rye, Northiam and Newenden in rotation. In the 1920s the payment was redeemed with a lump sum, the income from which is still used for road repairs by Kent and East Sussex County Councils.