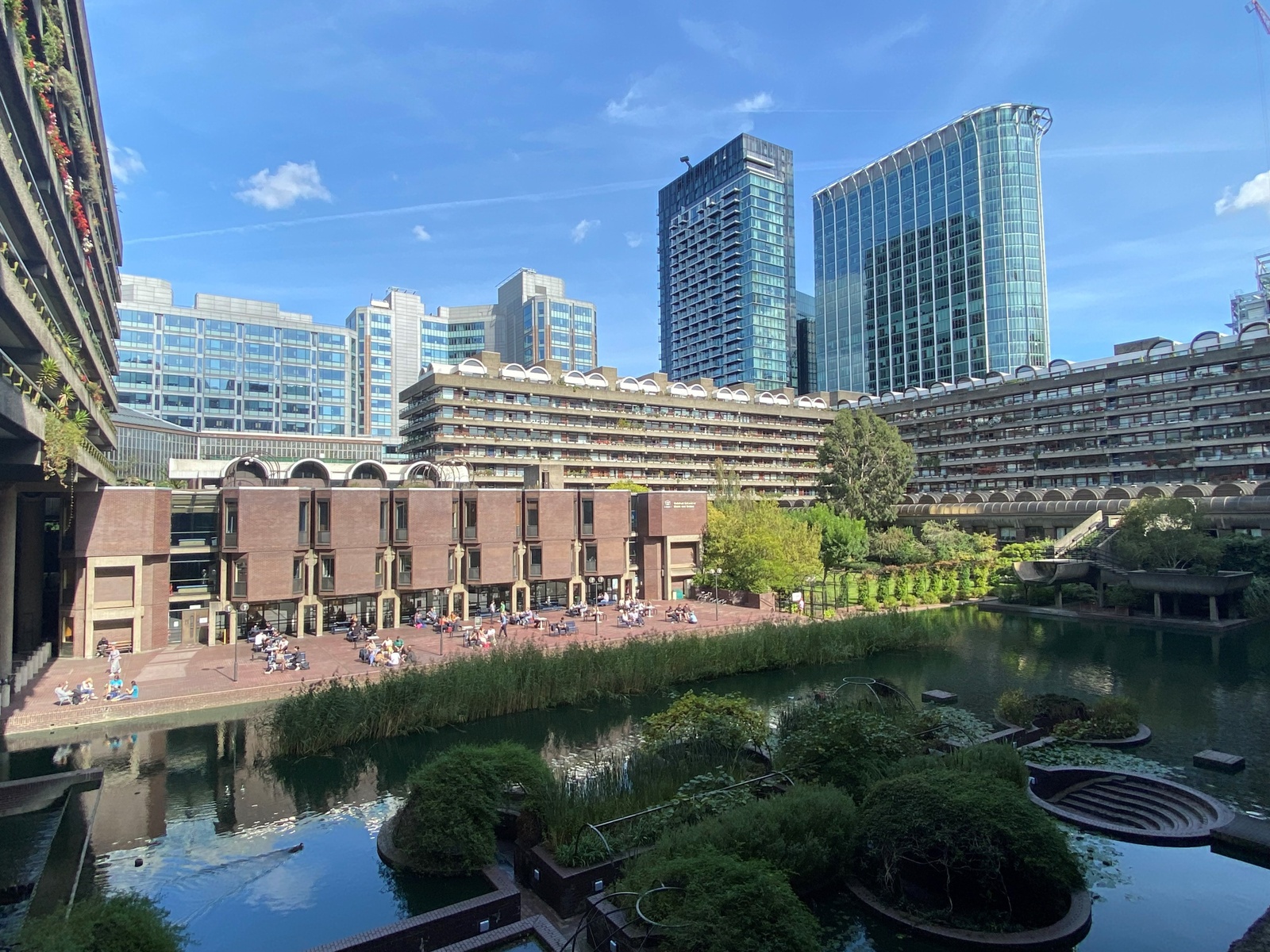 Merchant Taylors have been a part of the bustling City since time immemorial; the Hall has been sited on Threadneedle Street since 1347 (before Threadneedle St itself was named). And so, what better way to contribute to the ongoing life of the Square Mile than through supporting its annual City Giving Day?

Now in its fifth year, the day is a key date in the City calendar, uniting City workers, residents and all those associated with the City together to participate in a series of philanthropic-focused activities.

Beginning the day with guided tours from City Giving Day officials, MTs explored the world of Roman Britain, skirting the London Wall and remnants of the not-entirely-lost cityscape Londinium, before going on to discover the Victoria world of garrison, hospitals and poor/ work houses that were largely flattened in the Blitz. As we know from our own Hall's lengthy re-build, the City took time to grow and expand, but the architectural mix of old and new styles side by side was revolutionary in London. 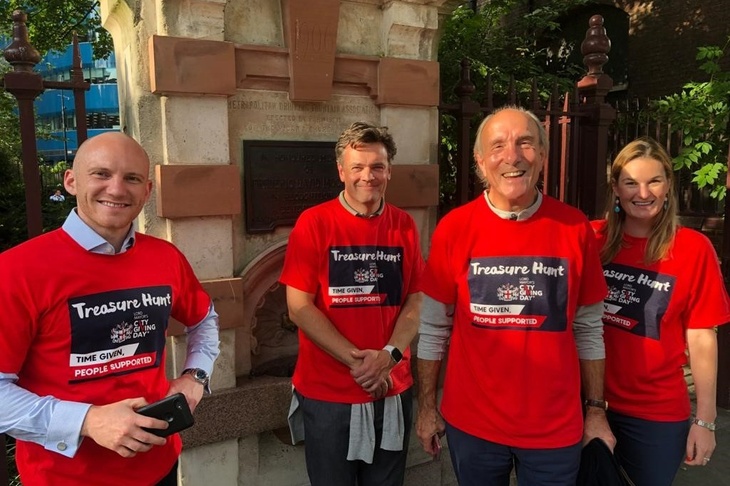 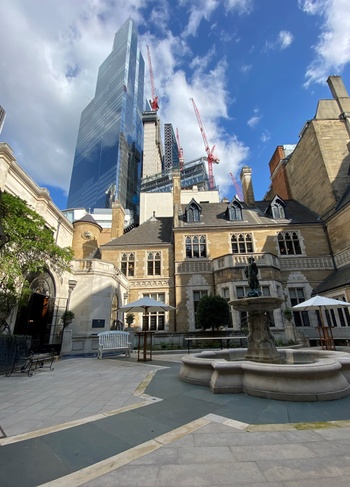 Next up was the Treasure Hunt, fielding two teams (of 29), Merchant Taylors' fancied our chances with Liverymen James Twining and David Cox, doyens of the Company Quiz (James was even Quiz Master in 2019, with a healthy City round included) along with fellow Liveryman Elsbeth Mauleverer, and Freemen Richard Walker-Taylor and Shane McDonald providing support and perhaps even some extra speed! However, on the other MT team, Scrambled Legs of our MT Virtual Activity Challenges had re-assembled (Freeman Vaughan Williams joined virtually by FaceTime). Led by Freeman Marcus-Alexander Neil, the team of Liveryman Kate Fenwick and Freemen Emily Wiltshire, Will Wallace and Vaughan had unluckily come runner-up in both challenges and hoped this would mark a change in their fortunes.

As the teams competed to crack clues and dash around the City, competition was stiff among more seasoned City Giving treasure hunters, but a valiant effort saw James, David, Elsbeth, Shane and Richard come fourth out of the 29 competing teams. Congratulations to all our competitors and everyone who took part in the day. 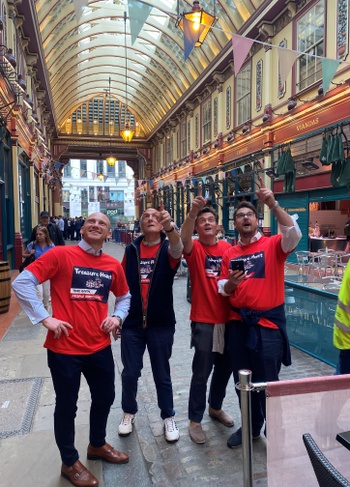 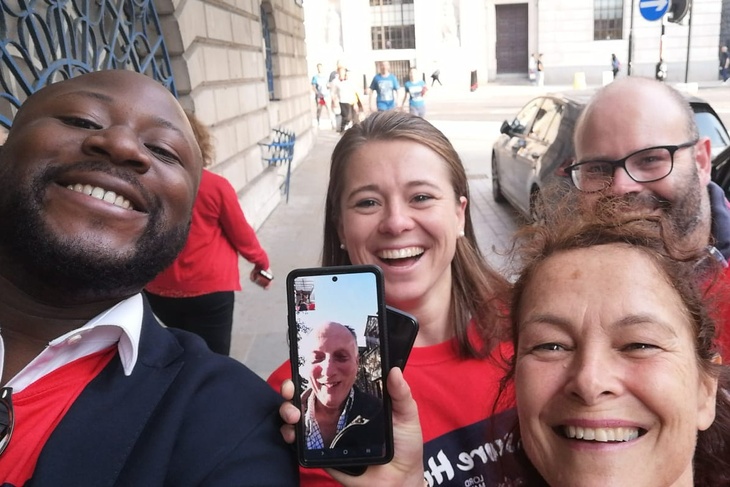 From the staff, contributions to Merchant Taylors' Foundation came from a charity bake sale – a special mention has to be made to the Beadle's wife, Sally, who contributed two terrific cakes for the occasion – as well as taking time off at lunch to explore the Square Mile on one of the guided walks.

We look forward to seeing more of you take on the next City Giving Day in 2022!